Thanks to Alan D for the photos above. There are a couple more in the Gallery.

It looks like the site of the old beach club on the Poniente promenade is going to be modernised at long last. The top photo is what it looks like now. The bottom two are of what it will look like, all being well.

The article here on the La Voz de Almería website has details of a new fault line found in the Alborán sea not too far away from Almerimar. According to the article it may have been responsible for a number of earthquakes in the area in the last few years.

The town hall is advertising a new app about beaches in the area in an article here on their website.

Here is a link to the android version in the Google Play store.

Also here is a link to the tourism website as the link in the article does not work properly.

Read More for a Google translation of the article

The article here on the town hall website has details of a 25 seat study room and a painting exhibition in the tourist office in Almerimar this summer.

Thanks to Michelle for sending me some more photos of the night Idris got his diploma. You can see more photos from Michelle in  the Gallery. 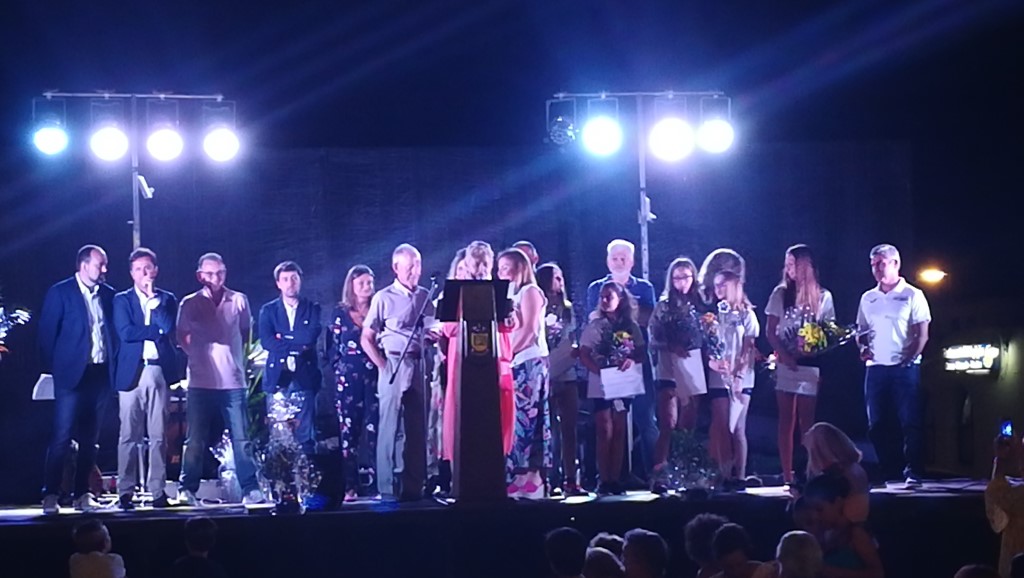 Last night Idris Browning was given a diploma by the Junta Local de Almerimar for his work with the expat community in Almerimar over many years. Her was one of a number of people who received diplomas at an event in the Tiburon square (behind El Espigon) last night. Not too long after 10pm.

The photos above include Idris and others who were honoured by the Junta Local.

The council is recognising the contribution of various people on Thursday evening (12 July 2018) at 10pm in the Tiburon square. Including Idris.

Shirley is keeping this a surprise from Idris so please do not tell him if you see him.

Anyone is welcome to attend the event.

Read More to see a copy of the announcement from the Junta Local Almerimar page on Facebook. Plus a Google translation into English.

Read more: The council honouring Idris and others - 12 July 2018 (please do not tell Idris)

It is that time of year again. The council is advertising the fact we have blue flag beaches again this year in the article here on their website.

I had a reason to drive up Calle Foque yesterday. On the way back down I took a photo of the properties that are under construction behind D'Bar.

There is quite a bit of construction going on in various parts of town. Also, it appears that properties are selling more regularly again. The property market in Almerimar definitely feels like it is picking up at the moment.

The article here on La Voz de Almería has details of a political dispute about the running of recently built marinas in Andalucía, including Almerimar.

The article states that the concession for the marina in Almerimar will last until 2025 (typo in the Spanish version says 2005).

There was a dispute about whether the 50 year concession (to run?) the marina should be terminated early or not.

Read more: Almerimar marina concession to last until 2025 and not be redeemed early

Our water supply was not working forst thing this morning. It is now back on but the pressure is very low. So there is just a trickle coming out of the taps. Hopefully this will be resolved soon.

I am not sure how widespread this problem is in Almerimar. Maybe it is confined to the Calle Alcor area of town?

I just spotted the article here on the Voz de Almería site. It says that the opposition party in the El Ejido/Almerimar council is pushing the idea of having a more permanent outdoor stage/theatre venue in Almerimar.

Thanks to Karen D for providing me with some photos of the jellyfish that were spotted on the beach at Almerimar yesterday.

As you can see from the photos above it is probably worth trying to avoid driving around "the square" at the moment. It looks like they are installing new drains.

As you can see from the photo above there is some work going on in the garden of the golf hotel at the moment.

During the winter a lot of the Swedish golfers like to sit outside when they have a drink. In the past there were tables set up on the grass in the garden of the golf hotel close to the clubhouse. It looks like this area is now being paved while there are not many guests in the hotel.

Earlier today I was out and about in the area of the 3 Darsenas. The photo above is work taking place on Darsena 1 not far from the El Tunel bar/restaurant. It looks like the walls of all the apartments are being repaired and painted.

Read More to see some more photos of changes taking place around the marina.

I bumped into Christina G this morning who mentioned that people have been asking why the property tax paid to the local council is less this year.

The answer is that it is not less. It is just that the council is taking the payment by direct debit in two stages this year.

Please see the article here for a bit more detail.

The Sol Times site has a story here about the UK TV series Bounty Hunters being shot in Almería for the next 3 weeks.

One of our readers, Gary S, found the thing above on the beach near La Barbera recently. He said he thinks it might be a Portuguese Man O' War. He also said he thought they could still sting even when dead. If WIkipedia is correct this is the case as I found the following quote:

"Detached tentacles and dead specimens (including those that wash up on shore) can sting just as painfully as the live organism in the water and may remain potent for hours or even days after the death of the organism or the detachment of the tentacle."

I found the photo below of a live one from the National Geographic website. It looks similar. So in the words of Hill Street Blues "Let's be careful out there".

I am not sure whether everyone in town is suffering from the same problem.....

For the last few weeks we seem to be having lots of short glitches in the electricity supply. Some are a few seconds long. Others are so short the clocks on the oven and microwave do not even reset themselves.

We have a combined light and fan in the living room. We leave this switched on at the light switch but switched off via a remote control. When the power glitches the light switches itself on. This is a bit on a nuisance, particularly at night.